- March 17, 2020
Leh and Ladakh is a tourist destination in the Indian state of Jammu and Kashmir. Ladakh currently extends from the Siachen Glacier in the Karakoram Range to the main Great Himalayas in the south. Most people are constantly in confusion about the difference between Leh Ladakh,Therefore, let us tell you that the state of Jammu and Kashmir is divided into three parts: Jammu, Kashmir and Ladakh. Ladakh is further divided into two districts: District Leh and District Kargil. "Leh" is a popular city in the district of Leh and is a center of attraction for its beautiful monasteries, picturesque locations and interesting markets. Apart from this, Leh is also the capital of Ladakh. Tourists from all over the world come to visit Leh Ladakh for the arduous route, snowfall, trekking and even adventure activities. 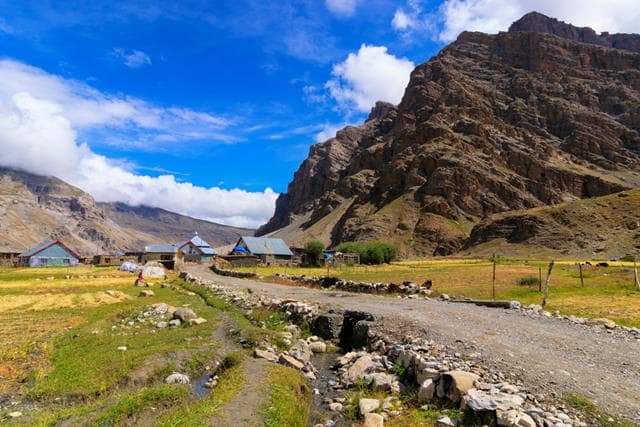 
Places to visit in Leh Ladakh

If you are planning to visit Leh Ladakh then let us know that there is a lot to see, roam and do here. If you have enough time, you can enjoy all things. Let us know what to do and what to see if we go to Leh Ladakh.

This is one of the tourist places in India where you should get information about what is the best time to go to Leh Ladakh before planning a trip. 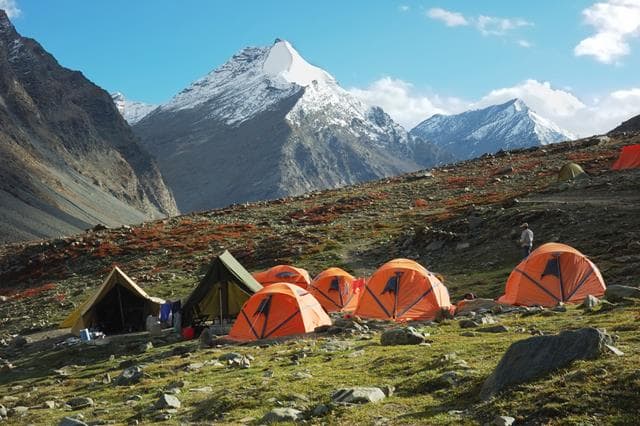 From april to july

The summer season is the best time to visit Leh and Ladakh. During this time, all routes are open for tourists. The sky remains clear and the beauty of Leh Ladakh is evident. During this time, you can go trekking, riding a jeep or bike and enjoy walking in Leh Ladakh. Temperatures during this season range from about 15 ° C to 30 ° C.

During this period, there are irregular showers of rain in the areas around Ladakh. However it also depends on region to region. You can also visit Ladakh during this time. During the monsoon, the temperature here ranges from about 3 ° C to 17 ° C.

The entire area of ​​Ladakh remains snow-covered during these months and most of the routes remain closed. Due to which it is not possible to go to Ladakh. The temperature in this season is between 0 ° C and 15 ° C. Tourists do not come in this season.

How to reach Leh Ladakh

Though Ladakh can also be reached by bus, plane or train but it is believed that traveling by train is quite troublesome because the nearest railway station of Ladakh is far away. Let us know how to reach Leh Ladakh.

The nearest airport to Leh Ladakh is Kushok Bakula Rimpochi Airport located in Leh. This airport is connected to many international airports in India including Delhi. It also has flights from Srinagar, Jammu, Chandigarh and other common destinations in India. After reaching here, you can take a taxi from outside the airport to reach Leh Ladakh.

Government and private buses ply from Srinagar and Manali to Leh Ladakh. If you catch a bus from Srinagar to reach Ladakh, then you will come here via Zojila Darda and if you catch a bus from Manali, you will reach Leh Ladakh via Rohtang Pass.The road to Srinagar is open from June to October for buses. The Manali route is open for bus routes from June to September. If you are planning to arrive by bus from New Delhi, it will take minimum 4 days to reach Ladakh. If you are fond of adventure then you can also go to Leh Ladakh by jeep or bike.

Where to stay in Leh Ladakh

Leh Ladakh hotels and guest houses are very beautiful. There is a good stay here. Rooms ranging from seven hundred to thousand rupees are available here. You can choose hotels and rooms as per your convenience. Apart from this, you can also see the breathtaking views from the hotel balcony or room.If you want to stay in Ladakh then you can stay in hotels like Hotel Nalanna, The Grand Dragon, The Zen, Hotel Ladakh Himalayan Retreat, Sia-La Guest House. But if you want to stay in Leh, then you can stop at Jal Guest House, Barath Hotel and Hotel Moonland.