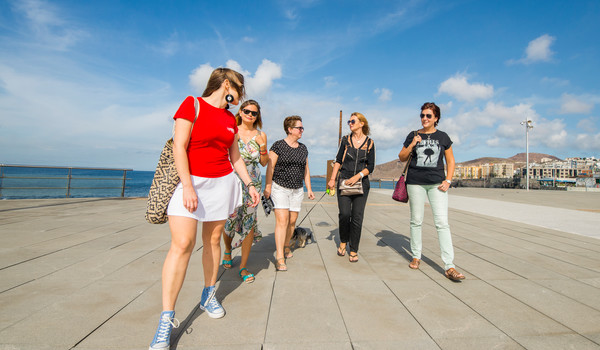 India is a country that is poised for its culture and traditions,but many times foreign tourists have to go through bitter experiences in India which makes Indias image worse in the world, and has a huge impact on the tourism of the country.

Lets see what are the 10 main reasons why foreign tourists avoid to visit India. And where we need to improve...Often, tourists coming from other countries are seen such as they are like aliens, many times people start flocking foreign tourists,in such a situation they can not openly visit India freely. Many a times foreign tourists become victims of harassment,Often even after saying No the hawkers and Taxi Drivermob them, we Indians need us to Understand the meaning of the word NO.As India is developing, the pollution is also growing fast, whether it is a smoke from the vehicles ordirt floating in the rivers, It affects the perception of a tourist.Many foreign tourists face difficulties while roaming in India,It is needed to help these tourists with open heart and follow the principles of Atithi Dev Bhava but it is also quite common that foreign tourists are mocked at or abused.It is a dirty habit of the Indians to pee or defecate in the open many times it has also been seen that the public toilets are just close by but people still prefer to aim at the adjacent walls.Such scenes and stinking environments are enough to give bitter experience to foreigners.If you have not subscribed to this blog yet, subscribe by pressing the Subscribe button.Special attention is made on public transport abroad, but the situation in India is still very much behind, going from one place to another makesone go through hardships However the growing network of Metro and Buses is showing a ray of hope.A filthy fish makes the whole pond dirty, the same thing also applies to those non-social elements, whose antics have caused the entire country to undergo a period of defamation Staring, eve-teasing, and other serious crimes not only embarrass every true Indian but because of that Students and employees who have to go abroad to study or to work face embarrassment For the past few years, the Government of India has been implementing the Clean India mission, it has been quite successful, but there are still many people who do not feel satisfied without throwing the garbage in roads and other public places Spitting after eating pan and tobacco is also a dirty habit of many Indians Foreign tourists want to see a clean and beautiful India and not garbage on the streets.Foreign tourists are an important source of income for India, but ignoring this many people try to loot foreign tourists as much as possible feeling perturbed many tourists do not return to India again This is like axing your own feet India is a very unique country and there is a lot to see here many times foreign tourists also are not able to enjoy India to the fullest due to lack of information with the right information and preparations, India can be seen very well.The purpose of this postis not to defame India but to show that India is the country that has been believing in Atithi Dev Bhava since ancient times, One has to understand how important tourism is and how much impact itcan have on the prosperity of on this country If you like our attempt to make citizens aware then share the post and share it with your friendsAlso do let us know that according to you what is causing negative impact on Indias tourismand where change is neededLets make a resolve to make India the best country
WHY FOREIGNERS AVOID INDIA