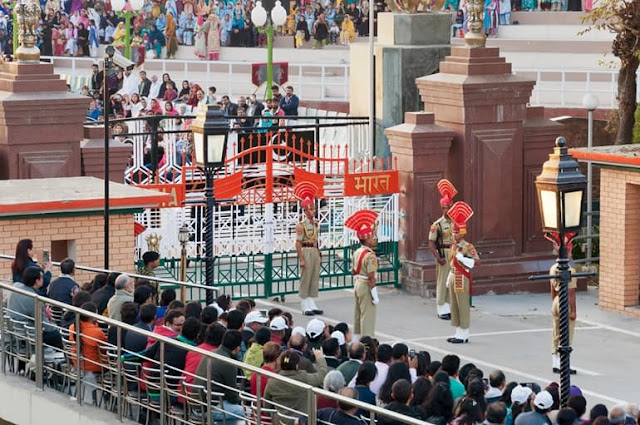 The Wagah border marks the boundaries between India and Pakistan. Which is situated 22 km from Lahore and 28 km from Amritsar. Let us tell you that Wagah border is the Grand Trunk Road between Amritsar in Punjab and Lahore, Pakistan in Punjab.
The Wagah border, also known as the Attari border, is visited by people from all over the country to witness the Beating Retreat Ceremony held every day before sunset. Explain that the ceremony involves closing the international gates and taking down the national flag. Beating retreat ceremony is a spectacle that one must go to see.

After watching this ceremony, every Indian's heart is filled with pride and enthusiasm. The flag ceremony has been organized since 1959 by the Indian Border Security Force and the Pakistan Rangers. If you want to know more about the Bagha border, then do read this article, here we are taking you on such a journey of the Wagah border in which you will know everything about it.

The Wagah border ceremony, popularly known as the Beating Retreat Ceremony, was started in 1959 and agreed to by the governments of both countries. The Attari Border Festival symbolizes rivalry, cooperation and and brotherhood between the two nations. Let us know that since July 2011, BSF women guard has also been a part of this function. 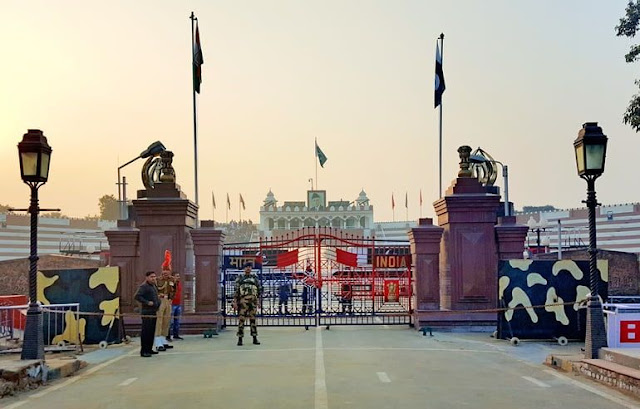 * This ceremony lasts for about 45 minutes. Let us tell you that not everyone can go inside here so there is a need to arrive at least one hour before the ceremony. The Border Gate is open from 10:00 am to 4:00 pm, but you can come by 3:00 pm to watch the ceremony.

Wagah border ceremonies are a military exercise conducted by the Indian Border Security Force and the Pakistan Rangers. The soldiers of both countries consider this ceremony very seriously. The event begins with a parade by the military of both countries. During this the two nations end with a coordinated lower level of the flag.

As soon as the sun sets, an iron gate is opened, in which both infantrymen stand at the gate. After this, the flags of India and Pakistan are lowered together and then folded. The end of this ceremony involves closing the gate and joining hands between soldiers on both sides.

If you are planning to go to the Wagah border, then tell us that the custom post is located a few hundred meters from the entrance of the Wagah border. To get here, you can take a taxi or bus, which will drop you at the custom post.Apart from this, you can also take taxi facility from where you stop. Tourists can reach here by shared taxis available at the south-east gate of the Golden Temple, which charges Rs 120 per person. The cheapest option to reach the Wagah border is a bus from Amritsar to Attari which charges just Rs 30. Some local buses leave for Amritsar by custom post soon after the ceremony ends.