- November 22, 2019
Although there are many places to visit in Jaipur, but sometimes talking with friends alone or through the air alone, it is a different fun to do road trip with your yari i.e. bike. Especially in pink winter road trip is a different fun, so if you do not want to get bored this weekend, why not take a road trip with Yarrow to Sariska National Park.

Sariska, situated in the Aravalli hills, is spread over an area of ​​800 square kilometers. The grass, dry deciduous forests, rocks and rocky landscape are visible here. Dhaka trees are found in large part of this region and various wildlife species live here.

There are many routes to travel from Jaipur to Sariska -

Second Route- Jaipur-Amer-Kukus-Akrol-Madhogarh-Lalpura-Agar-Alwar-Sariska National Park Distance 110 km which can be completed in 3 hours.

The beginning of this trip is Jaipur, which is also known as Pink City. The city of Jaipur, called the capital of the state of Rajasthan, is located in a semi-desert region. This beautiful city was built by Raja Maharaja Sawai Jai Singh II of Amber with the help of Vidyadhar Bhattacharya, an architect of Bengal. It is the first city in India which was built according to the Vaastu Shastra.

What to see in Amer

Amer Fort can see the Mahotha Lake, Sheesh Mahal etc., along with it, you can also buy items sold inside the palace.

Fort in Bhangarh, Alwar district of Rajasthan is one of the haunted places in Rajasthan. If the local people believe, then after coming here, tourists still experience a different kind of fear and discomfort. But during the day time this fort can be easily visited.

A creepy story telling the history of the fort

Princess Ratnavati of Bhangarh, who was very beautiful and her form was discussed throughout the state, caused the death of a tantric because the tantric wanted to marry the princess. He ended his life as he was not married to the princess. Before dying, Bhangarh received this curse from the tantric that all the people living in this fort will die soon and their souls will continue to wander in this fort.A few days after the death of that tantric, there was a war between Bhangarh and Ajabgarh in which all the people living in the fort were killed. Even Princess Ratnavati could not escape the curse and she too died. From then till today the spirits have kept their camp in this fort.

What to say beautifully

Even today, this fort is called ghostly and deserted, but if you look closely at its architecture, then they will realize that its beauty is unmatched and it can fascinate anyone. 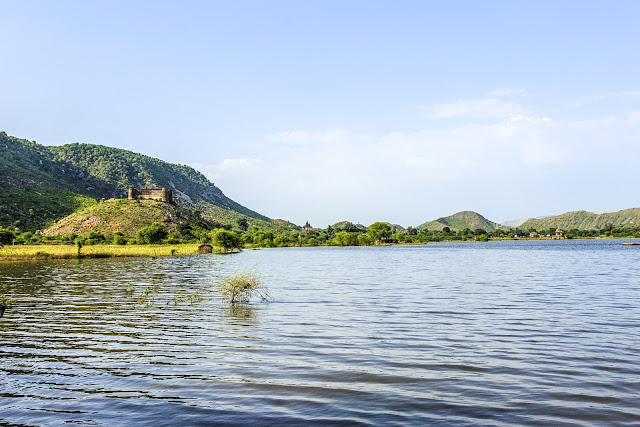 Home to many species