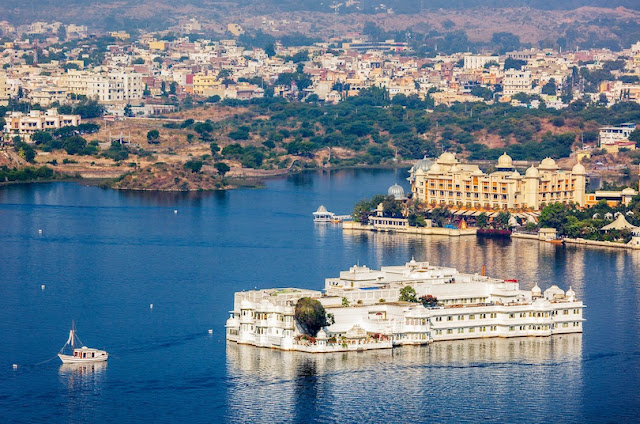 10 best places to visit in Rajasthan.Rajasthan is an important state of India in terms of tourism, lets see whichare the 10 major tourist destinations of Rajasthan.

Number 10 Chittorgarh Chittorgarh is an ancient city of India which was founded by the Maurya dynastyThis city is also the birth place of famous celebrities like Mira Bai and Maharana PratapHere you can see Chittorgarh Fort, Fateh Prakash Mahal, Rana Kumbha Mahal etc.

Number 9 Bharatpur Bharatpur is often referred to as the eastern gate of RajasthanBharatpur is most known for UNESCO World Heritage Site- Keoladeo National ParkThis place is quite good for bird lovers.

Number 8 Bikaner Bikaner is one of the important cities of Rajasthan which is known for its handicrafts and workmanship, Many tourists visit the camel festival of Bikaner, in Bikaner, you can see Junagadh Fort, Lalgarh Palaceand Karni Mata Temple.

Number 6 Mount Abu Mount Abu is the only single hill stationof a big state like Rajasthan, if you want to go to some good place during the summer seasonthen you can plan to go here Dilwara Temple, Nakki Lake, etc. can be seen here.

Number 5 Ajmer Ajmer is a religious significance town wherethe famous Sufi saint Khawaja Moinuddin Chishti jis dargah is present, Dargah Sharif people come from far away and chadar for dargah and also visit this place for their desires to be fulfilledJust a few minutes away from this town, Pushkar also hosts Indias largest cattle fair every year which is worth seeing.

Number 4 Jodhpur Jodhpur used to be an important fortress of the Mewar empirein times past and there are many attractive forts like Umaid Bhawan Palace, Mehrangarh Fort This city is also called Blue City due to its blue homes.

No 3 Udaipur Udaipur is considered as a royal city andit is also referred to as the city of lakes because there are many good lakes here like Pichola Lake, Fateh Sagar Lake, Udai Sagar Lake etcIf you have an attachment to animals then you will love Animal Ad Unlimited Unlimited Rescue Shelter, where the injured and handicapped animals are taken care of.

Number 2 Jaisalmer And now let’s talk about Jaisalmer whichis also called Golden City, this city has got its name from the name of Maharaja Jaisal Singhwho is seen with great respectJaisalmer known for fort, palaces and temples,Longewala War Museum, which can be seen is at some distance from here.

No 1 Jaipur And the first place is taken by the Pink Cityi.e. Jaipur,Jaipur is one of the important destinations in the country in terms of tourism, because tourists come from here not only from the country but also from abroad.If you like to see the beautiful fort and love shopping hand-made things then Jaipur is for you.Apart from these ten places, there are other places to see like Bundi, Alwar, Neemrana and Kota in Rajasthan.Do let us know by comments which city you have visited in Rajasthan.And now there are some important information related to Rajasthan, the best time to visit Rajasthan is from November to Marchand there is good connectivity through train and road There are also major airports in Jaipur, Udaipur, Jodhpur, Jaisalmer and Bikaner for air travel This state mainly speaks in Rajasthani, Hindi, Bhili, Punjabi and Urdu.The art of puppetry is very entertaining along with the Ghoomar and the Culbellia dance here,Here the desert fair, Pushkar fair, Diwali, Holi Ganagaur are celebrated with fanfare and Bikanari Bhujia, Mirchi Bada, Ghever etc. are eaten In Clothing Lehnga Choli, bagru and sanganeri printing are very popular in costumes.In our previous post ‘why foreigners avoid India’? We asked you that what we had mentioned at the eighth position, the answer was: Pollution These people took part in the competition and gave the correct answer, but the five contestants whobecame the winners by answering first are Ravi Prakash, Prashant Verma, Palak MathurGaurav Sharma and Rajat JainVery much congratulations to all of youTo get the reward please contact contact maharajacabservice@gmail.com by emailAnd now that you have known about Rajasthans ten major places, now you have a question you have to tell you which city of Rajasthan is also known as Pink City the answer to this question is hidden in this post.Give your answers by the medium of comments, Let us see how much you understood!